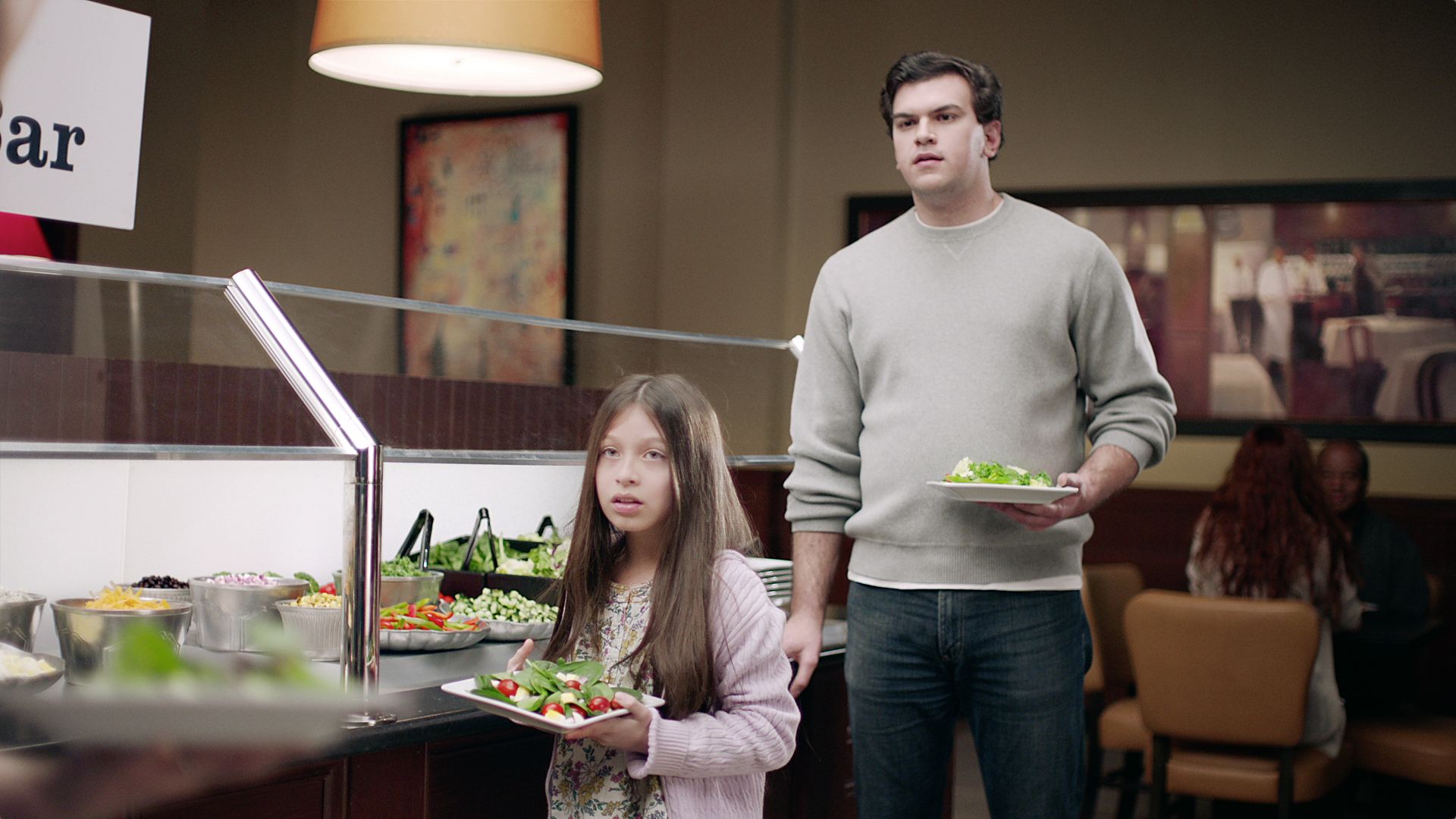 Hootenanny editor Sean Halvorsen and MARC USA have teamed up once again to create a new national cable TV spot for Ruby Tuesday. “Like a Mother”, directed by Todd Klein of Big Deahl Productions and Craig Brownrigg of Hungry Man Productions in LA, promotes the chain restaurant’s redesigned Garden Bar. The spot’s quirky tone, along with its energetic shots, dramatic lighting, and selective focus were the key factors in highlighting the Garden Bar’s freshness and new offerings.

Halvorsen has editorial experience working on several well-known food accounts, but this is his first time working on the Ruby Tuesday brand. “My new years resolution was to eat more salad. But then I got this incredible opportunity to edit a fun spot about salad.  So like, that still counts, right?”

Executive Producer Snake Roth handled the production for the agency, alongside Creative Directors Greg Edwards and Josh Blasingame out of the MARC USA Pittsburgh office. “I had such a blast working with the MARC team again,” states Halvorsen. “Not only are they a super talented and fun group to work with, but they also treat me and the rest of the team at Hootenanny as creative partners, which means a lot.”

Hootenanny’s Graham Metzger contributed the motion graphics for the piece, along with Elliot Rudmann of Nolo Digital Film helming the color correction, and Mark Ruff of CRC handling sound design and final mix for the spot. Music was composed by Wool & Tusk.